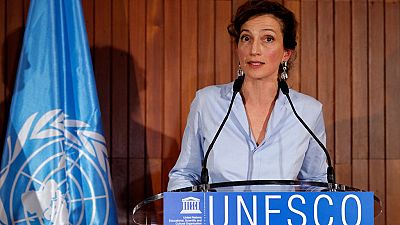 Governments must be held accountable for African countries’ slow progress on global education goals since underperforming schools and teachers are usually victims of a dysfunctional system, the U.N.’s cultural agency UNESCO said on Wednesday.

Sub-Saharan Africa falls behind other parts of the world by most education standards, with one in four young people unable to read and 33 million children out of primary school, more than half of all those in the world.

The problems largely stem from lack of government regulation, corruption, high school costs, and other factors that could be improved if states were held liable, UNESCO said in a new report.

While 70 percent of all countries have at least nine years of compulsory education, only 40 percent of countries in sub-Saharan Africa do, the report found.

“Accountability should start with the government,” UNESCO’s regional director Gwang-Chol Chang told the Thomson Reuters Foundation in Senegal, though he emphasized that families and communities also have a role to play.

One problem in West and Central Africa is that school curriculums are often European-inspired and not adapted to the local context, Chang said, making school feel irrelevant and leaving graduates ill-equipped for the job market.

The report found in many African countries, low-fee private schools catering to poor populations are popping up faster than governments can handle so they remain unregulated and often have unqualified teachers.

In Ghana and Niger, the percentage of trained primary school teachers has fallen since 2000, the report said.

Although African governments are often hard-pressed for funds, this does not excuse many of the deficiencies in their education systems, said Teopista Birungi Mayanja, coordinator of the Africa Network Campaign on the Education for All movement committed to providing basic quality education for everyone.

“It’s only partly due to lack of resources,” she told the Thomson Reuters Foundation, adding that civil society groups, unions, and other actors need to have a greater role in education decision-making.

“Unless governments allow all these voices at the table, they will never come up with a credible plan.”

The UNESCO study was part of a series monitoring progress toward the U.N.’s global goals, or Sustainable Development Goals, which include achieving universal education by 2030.